The Semnut Wheels29 Giugno 2018Next

Dendera and the Law of Three OCTAVE29 Giugno 2018 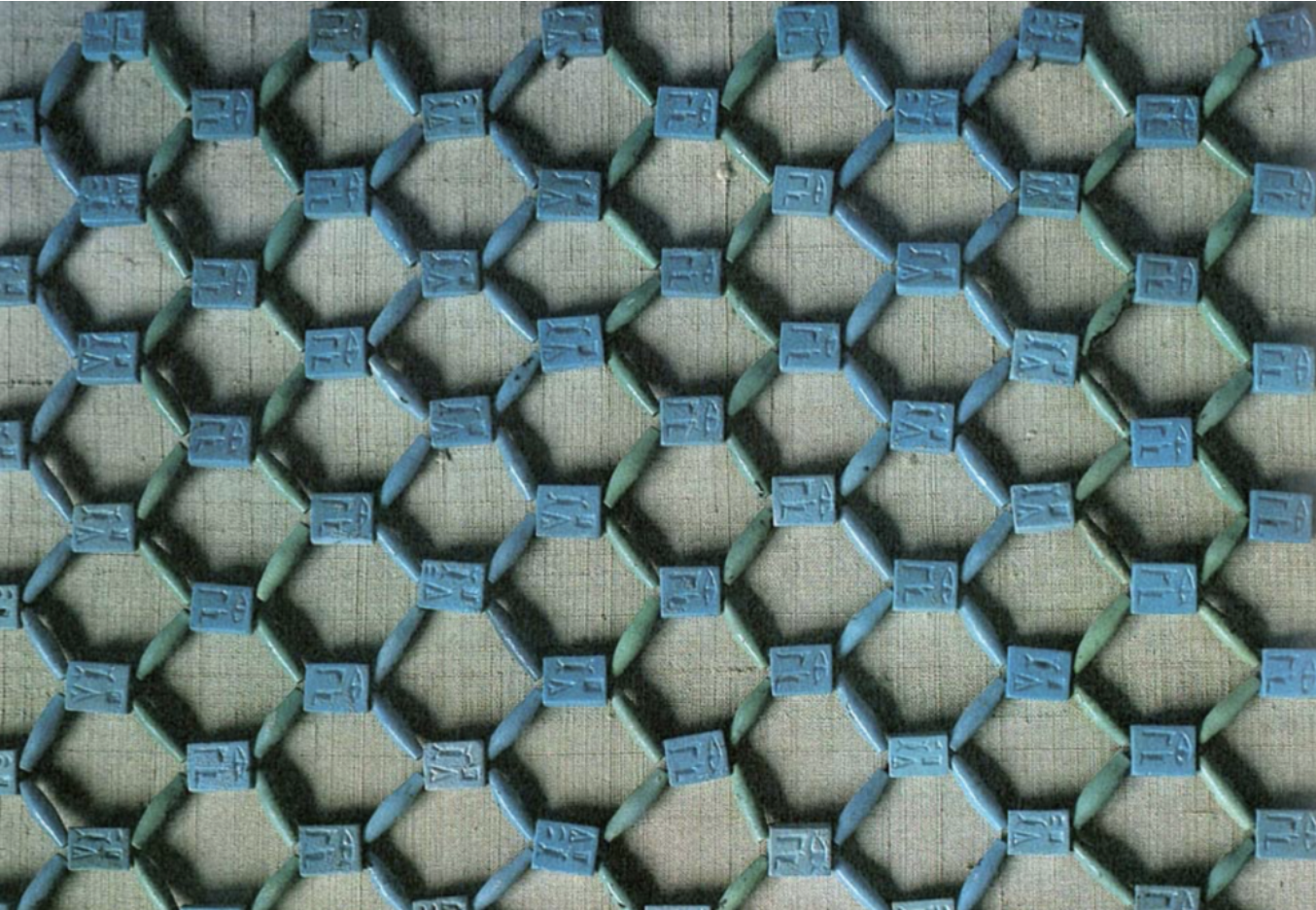 Thinking back, I happened to see another type of “Net”, this time Egyptian, certainly different from the North-American example, present at the Museum of Cairo, but absolutely connected to the field through Precessional knowledge.
It was found in Sakkara and was, considering the ancient Egyptian history, rather recent, dating back to 360 A.C. approximately, consisted of a “network”, in fact, of glazed beads characterized by the presence of a well-defined number of rectangular plates.
The function of this “Network” was to cover the front part of the “Mummy” for a magical protective purpose, a purpose that, during a warm summer afternoon a few months before, at a careful numerical examination it was clear to me how it was obtained.
The network was in fact constituted by 102 plates divided into “12” rows, in turn divided into “six of nine” and “six of eight”, while the pearls that joined the whole were “176”, also divided into rows, “11” for the precision from “16”, distinguished by a different color, grouped in “six green files” and “five rows” turquoise.
I remembered how I reassembled everything in a numerical mirror, obtaining an exciting result: Platelets 102 equal to:
6 x 9 = 54
6 x 8 = 48
Pearls 176 equal to:
6 x 16 = 96
5 x 16 = 80
at this point, as I had always done, starting a few years earlier from the rosette of Collemaggio, I used the sums multiplying them and the results were clearly “magical”:
54 x 48 = 2592 (Precession of the Equinoxes)
96 x 80 = 7680 (1 \ 3 of 23040 the Maya result based on the 4 \ Octave metric, numerical matrix of the “Serpent”, responsible for the universal creativity of the “Field”)
The “network” used to protect the “Mummies” was magical, simply because it contained, numerically, the sacred references of the science of the “gods”, of the science of the “Field”.
As was right to imagine, even the Egyptians knew the structure, to “network”, of matter and knew that it was produced by the “Divine Consciousness”, through the “Vibrational” factor of the THREE OCTAVES.
“But do you realize what time it is? We have all been in thought. You could at least call, but it’s never possible …
“I was back in reality”
(Taken from: The eight divine directions)
Michele Proclamato